In a surprise act of random awesomeness supporter Mike Finch of Circus Oz just announced that he’s donating a double pass to the show to whoever donates the most to our campaign in the next 11 hours (at time of writing).

You can see his rules below (there aren’t any really) – just make sure you give us a name to go by on the donation page and you’re in the running. HUGE thanks to Mike, we couldn’t do this without supporters like that! 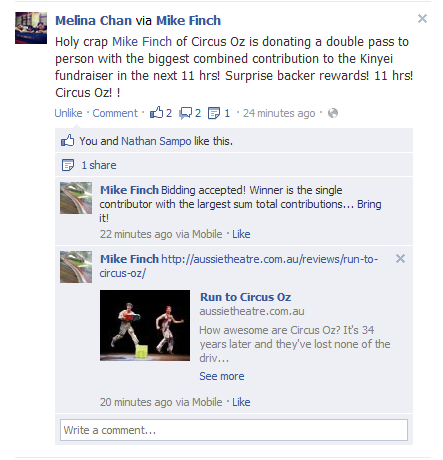 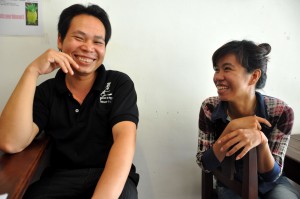 We’re mere hours (look right) from the end of our Start Some Good fundraiser and with the support of 128 backers, we’ve raised over $15,000! We’re blown away. Thank you everyone! And if you’d still like to donate or share with friends, family and interested folks, there is time yet…get those pledges in by 11 am Sat Melbourne time, 9 pm Fri US EST. Also, IF we can crack $20k by the end of the campaign Mel and Katie will perform a special number on the ukulele and post it online!**

It’s truly been a packed month in Battambang; we’ve hosted three visitors with lots of wisdom to share, and one more to come. Kinyei has been buzzing with new know-how and tips on social media, and tools for cross cultural communications. The management team in training also soaked up a knowledge on good leadership skills, and got back to basics discussing “what is a manager?” 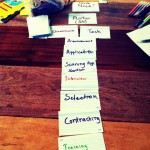 John Jablonka, a Darwin-based cross cultural communications guru, spent a week coaching Kinyei team,  and facilitating focus groups on culture, problem solving and planning. He was a real home run with the team and we’re looking forward to hosting him again in the not so distant future 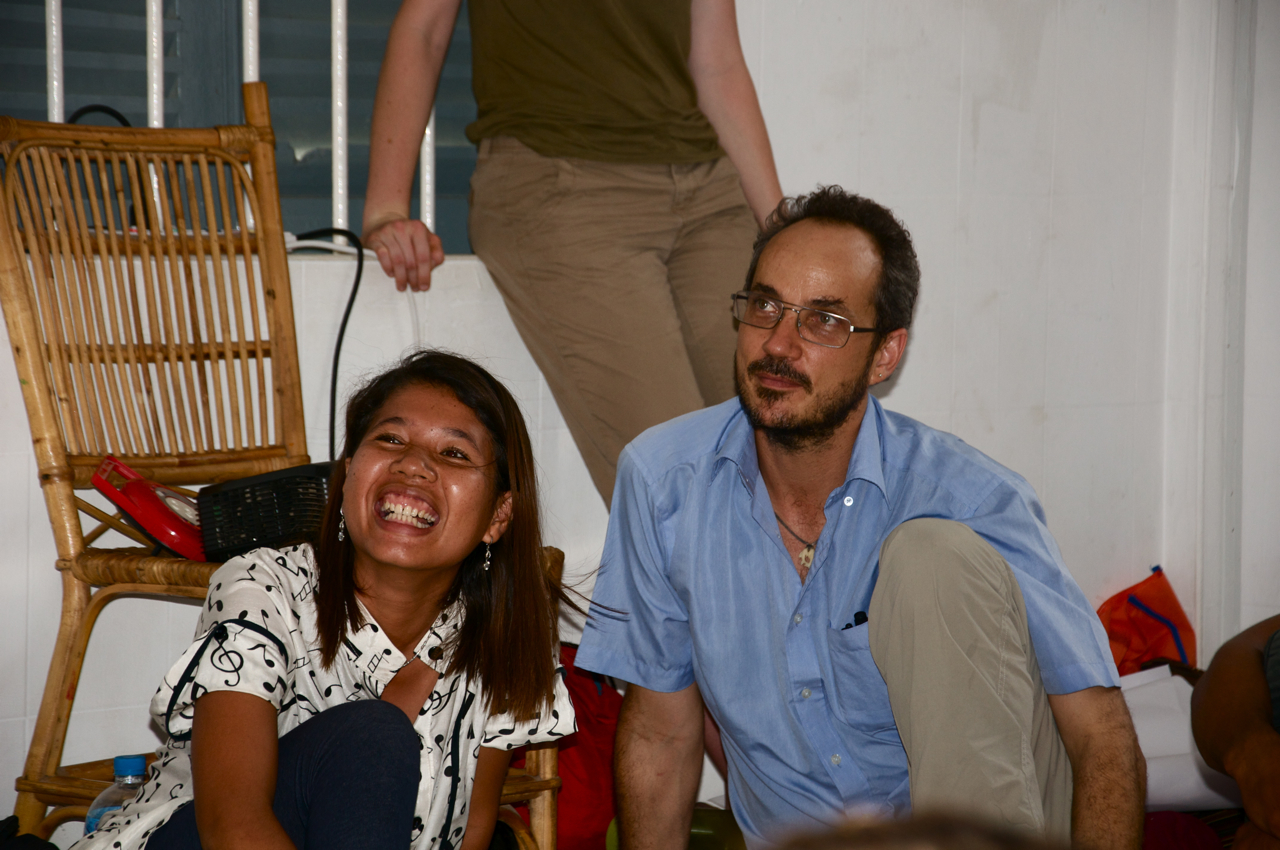 We were also lucky to have Sarah Moran on a trip from Melbourne to BTB running a series of social media workshops for the team. It’s safe to say her workshops were a hit and that there were more participants than computers!

Beijing-based Nick McIntosh joined in to assist with the tech workshops as well as document the good learnings happening all around. 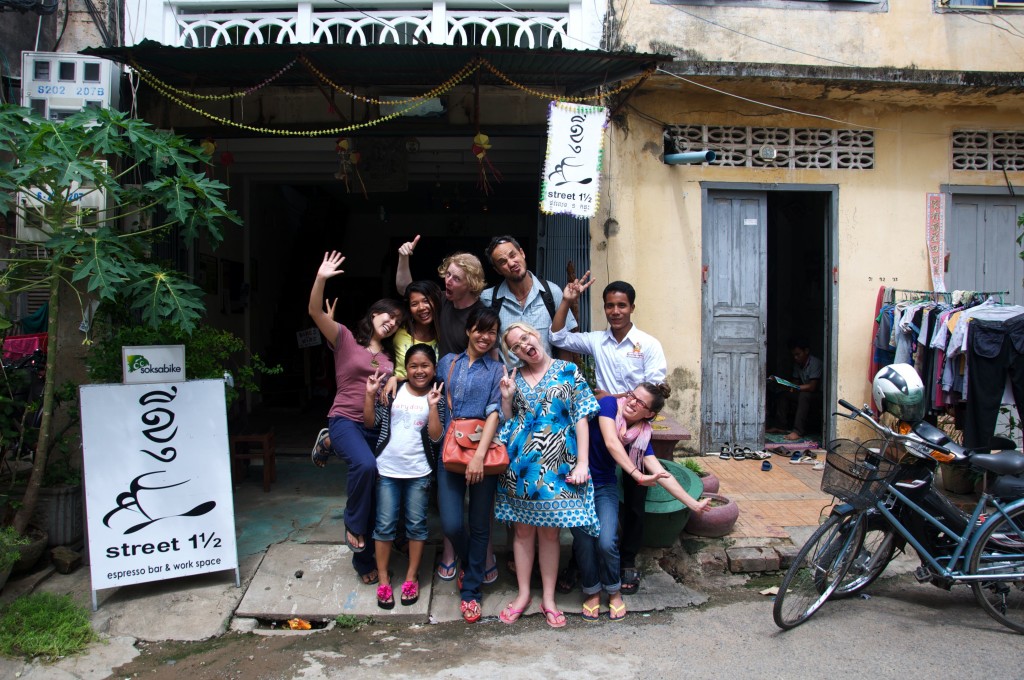 And in just a few days we’ll be welcoming Jasper‘s own barista trainer Stacey Irving to boost our espresso making prowess. She’ll also be speaking on coffee appreciation to the larger Battambang community. The team is ready for this refresher, after all we haven’t had the expert barista’s eye in our shop since James visited last year. Here’s to another month packed full of learnings! 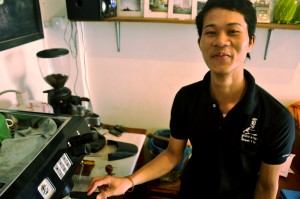 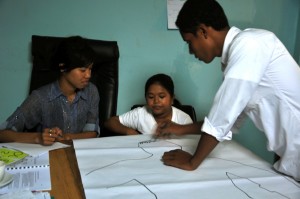 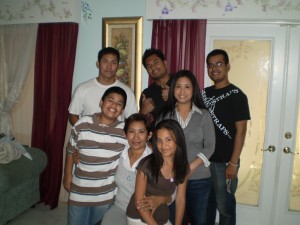 Run with her son, daughter and grandchildren

Not even a week old and our story on how Phalla helped reunite a long lost Cambodian family around the world already requires a part 2!

Things have unfolded quickly since we reported that with Phalla’s leads, Run was able to discover her cousin in New Zealand.

Yesterday morning Run spoke with her sister in Phnom Penh for the first time in 30 years. She also talked with a cousin, and found out about family living in Australia, and a niece living in the US that she never knew about. We’re so floored for Run as she rediscovers her family. 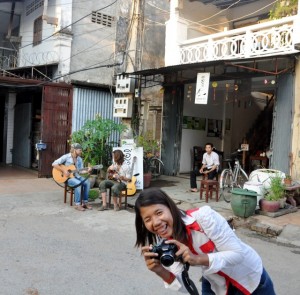 Personal connections are made everyday at Kinyei and Soksabike; it’s part of what we do here. Every now and then, though, something extra amazing happens that helps us to remember how powerful channels of communication around the world really are.

A few months ago, a message came into the general Soksabike email inbox. It was not the usual request for a tour booking; this message came from the US and inquired after lost family thought to be living in Battambang. Written by Run and Larry from Tennessee, the message told the too familiar story of a family disrupted by the Khmer Rouge in the 1970s. Run is Cambodian born and raised, and had left Battambang during the conflict to stay in the Thai border camps before leaving for the US. Now, 30 years later, Run asked after her grandfather, mother and younger sister who were last known to be living in Tuol Ta Eik village in Battambang.

Run had been looking for ways to communicate with residents of Battambang to find information on her family for years. Finally facebook and similar social media channels provided a pathway in. Months had passed and Run hadn’t had much traction asking around to those claiming Battambang residence facebook. Run had come across the Soksabike website looking for another way to access people that would know Battambang.

Phalla, Soksabike’s main bookings officer, came across the message and took pause. “How should I reply?”, she thought. Phalla’s mother lived in Tuol Ta Eik village. Maybe she could start there and just ask around. It couldn’t hurt.

“Ok, I have relatives, maybe I can help”, she wrote back to Run and Larry. She’d give it a try, but wanting to temper their expectations, told them she really had no idea if she would actually be able to help. She asked Run for her family member’s Khmer names.

Thinking logically, Phalla started her investigation with the Tuol Ta Eik Commune Chief. She met the staff of the Commune Chief, and presented the facts. “I said, I have a person I know who stays in the US and who is looking for her relatives.” Phalla recounted.

With some luck it seemed to Phalla, the staff member recognized one name from the list Phalla brought; Run’s grandfather, Cham Roeun Yam, who had died some time ago. The staff confirmed that the family used to reside in Tuol Ta Eik, and that all members of the family had either passed away or moved, except for one known granddaughter whose whereabouts could not be confirmed.

Phalla waited to give the staff time to ask around in the community. Although there was hope that the names had been recognized, Phalla was a bit doubtful on what would turn up. When she returned to the Commune Chief’s office, Phalla received the news that the staff had a chance meeting with a police officer that knew Run’s grandfather and family. He suggested that Phalla go and meet with the police, but Phalla was reluctant. She’d prefer to avoid trips to the police station. 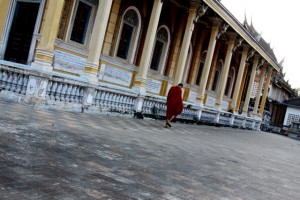 There had to be something else she could do herself, without going to the police. On a whim, Phalla decided to ask her mother’s neighbors in Tuol Ta Eik. She hadn’t thought of it before, but the neighbors were nearly 80 years old, and had lived in the village for decades, perhaps they would have known or heard of Run’s relatives. She asked, did they know Cham Roeun Yam? Phalla was delighted. Yes, they had known her grandfather, who, they informed Phalla, had been the pagoda chief and had passed away in 1975. And yes, they could suggest another close friend of the family that might be a good resource.

The lead the neighbors gave to Phalla was fruitful. A dear friend of Run’s cousin from primary school, the woman was now a pharmacist in Psa (market) Runlakoun not far from Tuol Ta Eik. Phalla finally had good news for Run; the next day she gave Run and Larry the phone number of Run’s cousin, now living in New Zealand. Soon after that, Run and her cousin spoke on the phone after 32 years of separation.

Run’s cousin also had news; Run’s mother and sister are thought to be alive and living in Phnom Penh. So the search goes on, but already with such a fortuitous connection, the future is looking bright. 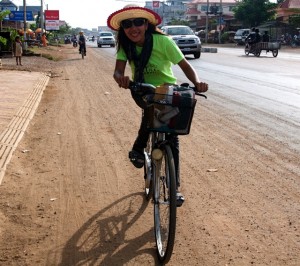 Phalla is energized and visibly moved by the story, and by her own role in it all. “I’m really happy, first, I have never done anything like that, I felt a very happy feeling, I didn’t think I would find even someone that knows her relative, I just thought I could try” she says, her eyes lit up.

“What’s funny, I look around and go far before I look right in front of me, and think maybe I should look closely. It was an accident, really, I found the answer at my mom’s house”. And all this time, the neighbors Phalla saw everyday had the information that the strangers from thousands of miles away were looking for.

Phalla’s excitement is infectious. We couldn’t be more proud to have her on our team. Phalla and Run have since been in communication sharing about their lives and families. They recently discovered a shared passion. Run owns a small craft shop in the US; for those that know her, this is just about the best news a craft enthusiast like Phalla could get.

Please share this story! It’s a testament to what strong communication channels are capable of. At Kinyei want to continue to promote these strong channels through the projects and the people involved. Best of luck to Run as she will interview for her US citizenship on June 14!