Fearless Soksabike Guide, Untac, will be taking on the Angkor Wat Bike Race coming up in two days on December 1st. He’ll join thousands of cyclists from Cambodia and the world for the 100km jaunt around the temple complexes, raising money for vulnerable, at-risk Cambodian youth.

How’s he feeling going into the race?

You know, I feel prepared. To prep I would train with Phearon, a ride to Sampeu Mountain 2-3 times up and down. People who see me ask questions, why are you doing that hard work? Because normally they don’t do it, they don’t understand why someone would. 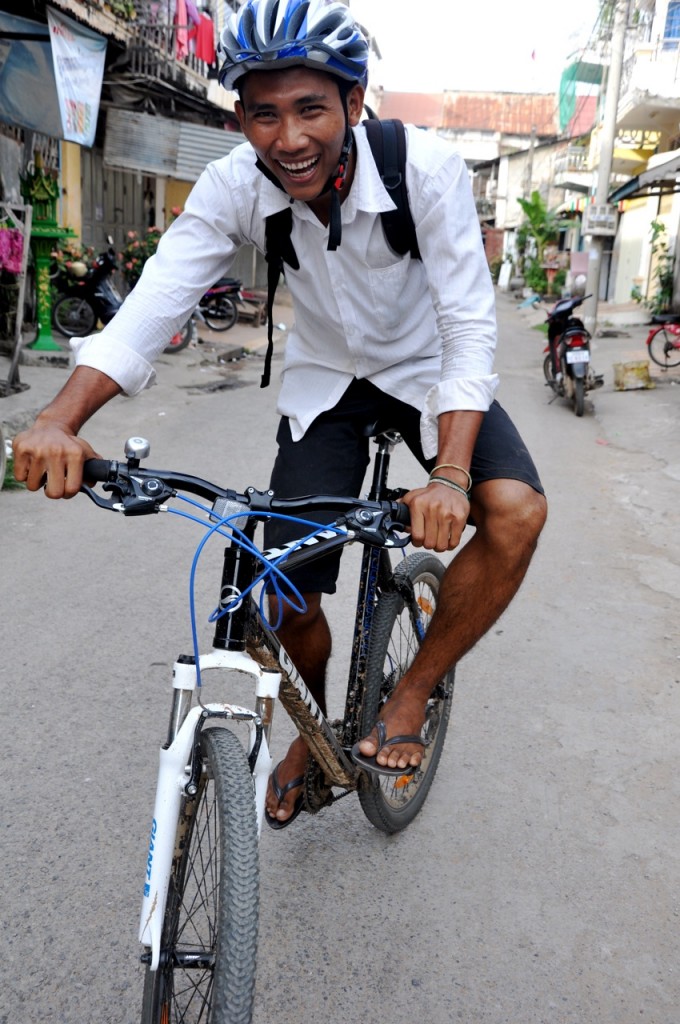 Untac during prep for the 100km race in Siem Reap

Untac has also been training with BTB Bike and Rithy who showed tips about riding bike long distance and train properly. Untac will be on a mountain bike, since he prefers it.

He’s heading up to Siem Reap by bike with fellow Soskabike Guides Phearon and Reaksmey today. He knows that the first half  is ok, but last 50 km is hard, where he loses power. So what moves him to go on?

Just think about the team here, pride for Soksabike and think about going through hard thing, legs or ass sore but mind control body instead of body control mind. I’m going to drink lots of coconuts and eat lots of bananas. Maybe try to eat spaghetti for power.

Stay tuned for more updates from the race. For now,